Around The World In Eighty Days

I’m sure you are all familiar with the famous classic adventure novel by the French writer Jules Verne?

Around the World in Eighty Days, published in 1873, is the story of Phileas Fogg a rich English gentleman and his newly employed French valet Passepartout. Despite his wealth, Fogg lives a modest life and is a man if habit. We don’t know much about his social life other than that he is a member of the Reform Club in London. Having dismissed his valet, James Foster, for bringing him shaving water at the wrong temperature, Fogg hires a Frenchman by the name of Jean Passepartout as a replacement.

At the Reform Club, Fogg gets involved in an argument over an article in The Daily Telegraph stating that with the opening of a new railway section in India, it is now possible to travel around the world in 80 days. He accepts a wager for £20,000 (equal to about £1.6 million today) from fellow club members, which he will receive if he makes it around the world in 80 days. Accompanied by Passepartout, he leaves London by train at 8:45 P.M. on Wednesday, October 2, 1872, and is due back at the Reform Club at the same time 80 days later, Saturday, December 21, 1872. 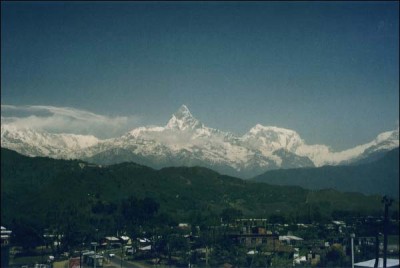 If you haven’t read the book then no doubt you will recall the film from 1956 starring David Niven, or perhaps the later version which was filmed in Berlin in 2004 starring Jackie Chan and Steve Coogan. I actually did see many of the film sets around the city and saw some of the filming in progress!

The version I am writing about now is the seven-episode series made by the BBC in 1988 starring Michael Palin. Well, I have just finished watching the series and last night was the last episode which followed Palin on his last leg of the journey with him arriving at the reform club and not being allowed to enter!

I remember from the first time I saw this in 1989, just before I made my Around the World trip, and in the episode Michael Palin was travelling through the UK after completing this epic adventure of a lifetime and he explained his feelings. In the last 80 days he had experienced some out of the ordinary adventures and yet, back in the UK he just blended into the background with no one really taking much notice of him. He felt like a stranger in his own country and as he reflected back on some of his adventure, he was disappointed that no one really cared! I did really feel for him and have never forgotten that.

The funny thing is, is that the same thing happened to me too! It had taken me more than 80 days as I wasn’t in a hurry and in fact I wish I had spent much longer on my journey. However, after all the adventures I had been through, more than Palin in fact, I arrived back in the UK after a year away and on my first night out in my local pub a friend asked “Where were you last week?” I couldn’t believe it! I felt like shouting out! Last week I was travelling on a greyhound bus from Seattle to New York in the winter and part of the journey was on a bus with no heating! -40 degrees outside! That’s what I was doing last week and the week before that I was working as a subcontractor on a cruise ship parked in the harbour in Norfolk, Virginia. 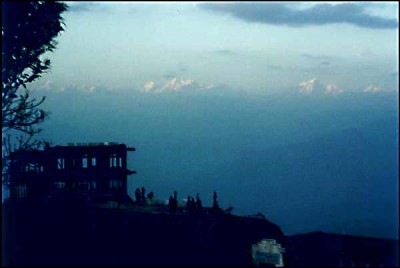 In that year away I had travelled the length and breadth of India, trecked by camel in the Thar desert of Rajasthan, visited the Taj Mahal. Sat and had a cigarette at the gateway to India in Bombay (now Mumbai). I had travelled on trains and buses, rickshaws, autorickshaws, Tuk-Tuks, camel, elephant, horses, bicycles, longtail boats and ferries and had slept in about 60 different beds. I had seen revolution in Nepal and had even been caught up in the demonstrations in April 1990, being shot at by the police and see someone fall with a nasty bullet wound. Experienced 5 days of curfew. I had trecked in the Himalaya and ascended Poon Hill to see an incredible sunrise over Mount Machhapuchchhre in the Annapurna Himal mountain range of north central Nepal. Rowe a boat on Pewe Lake. The bus journey from Sunauli on the Nepal border to Kathmandu was out of this world. The bus journey back to Gorakhpur in torrential rain with flooding and landslides! I had seen the most incredible sunrise in Bombay and the sunrise over Mt Everest the tallest mountain in the world. Seeing the fort city of Jaisalmer appear on the horizon after 4 days in the desert on a camel. Helping the local fishermen in Cochin with the Chinese fishing nest or pulling in the nets on the beach with the fishermen of Benaulim and the same in Kovalam. The bus journey across the Western Ghats. The journey from Mt Abu to Amedabad was another epic! Then there was my journey through Thailand, Malaysia and Singapore too! Then Canada and some of my camping and road trips to the USA!

Anyway I could go on, but I don’t want to bore you all and really my point here is that I know exactly how Michael Palin felt on his return. He felt special and yet no one noticed his special feeling and I don’t think that most people who never experience these things really know what that feeling is like.

Life goes on and now I still get to travel every year and I’m hoping that I can maybe recreate some of these adventures with my children.