The Start of Summer Season 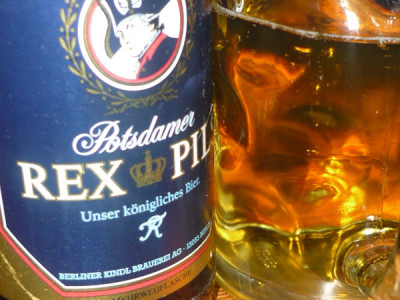 Typically each year I invite friends over on or around my birthday and we grill and drink lots. But then for some reason the weather changed and you could more or less guarantee that it would pour down on this particular evening.

Four years ago my second son was born just a couple of weeks after my birthday, so for the last three years we have celebrated together and the gods are looking down on him because we have so far had good weather! This year was without exception and we did have a great party for the kids then us adults let the remaining kids play and we partied how adults do. Way too much food was prepared, but that’s us and the wine and the schnappes flowed of course!

Of course with the summer season comes more time spent in the garden, as most of what I planted is growing needes tending and weeding. Have had a terrible time with snails and slugs this year! My toms are late, but over the weekend I removed about 6 to larger pots and they already look more promising. My youngest boy has discovered my wild strawberry patch and I find him sitting there most days having a little pick!

In the last week I have also been zooing it! Last week my eldest had a school trip to a zoo that has a special school program. I was invited along to take photo’s and had a great day out. The zoo is situated about an hours drive from Berlin and set in a forest which makes it pleasantly shaded on hot days and also very nice to walk around. They also had really great playgrounds for the kids so they were all knackered for return drive and kept relatively quiet!

Yesterday, monday, we went as is tradition in my German family to the Berlin Zoo. There are two zoo’s in Berlin, but as my wife’s family are from the west part of Berlin we tend not to go to the zoo in the eastern part of the city known as the Tierpark Berlin. The Berlin Zoo or Zoologischer Garten Berlin as it is properly known, sits in the centre of the city, surrounded by office blocks and busy streets and each year for Pfingstmontag hosts a Jazz concert. In the pre children days we used to go and have a bite to eat and a few beers and walk around the zoo, but now the focus is on the kids and of course I am the only one in the family who knows anything about animals, so I was kept busy explaining things and as it was a really hot day and I ended up having to carry my youngest son around. The zoo has some great animal displays, including a new state of the art birdhouse, but alot of the areas could be cleaned up a bit better and some of the cages are looking a bit shabby. But a great day out was had by all, especially Henry as we were lucky enough to see the male silverback chasing after a few of the other male gorillas. We then watched him sit and eat a few carrots, he then got up and threw a large clod of earth at us. Luckily hitting the glass in front. Exciting for Henry to see though!

So now the kids are back at school/kindergarten, my wife at work and as I have no work to do as such right now, I am catching up with the laundry after a long weekend!